Gold for December delivery closed up 0.6% at $1,324.10 a troy ounce on the Comex division of the New York Mercantile Exchange—its highest close since September 2016. The precious metal rose 3.8% in August, its best month since January.

Gold started rallying Thursday at about 10:15 a.m. Eastern time, when a group of buys pushed the precious metal higher from up roughly 0.2% to up 0.6%.

Such sharp rises have been common in recent sessions with the precious metal sitting near its highest level in 11 months, supported by geopolitical tensions between the U.S. and North Korea and a weaker dollar. A weaker U.S. currency makes the dollar-denominated metal cheaper to foreign buyers.

Thursday’s catalyst was data released showing the price index for personal-consumption expenditures grew 0.1% in July but the annual rate remained at 1.4%, below the Fed’s 2% annual target.

“That plays into the Federal Reserve staying with an accommodative policy. That along with the dollar is the most obvious factor here,” said Bill O’Neill, co-founder of LOGIC Advisors. 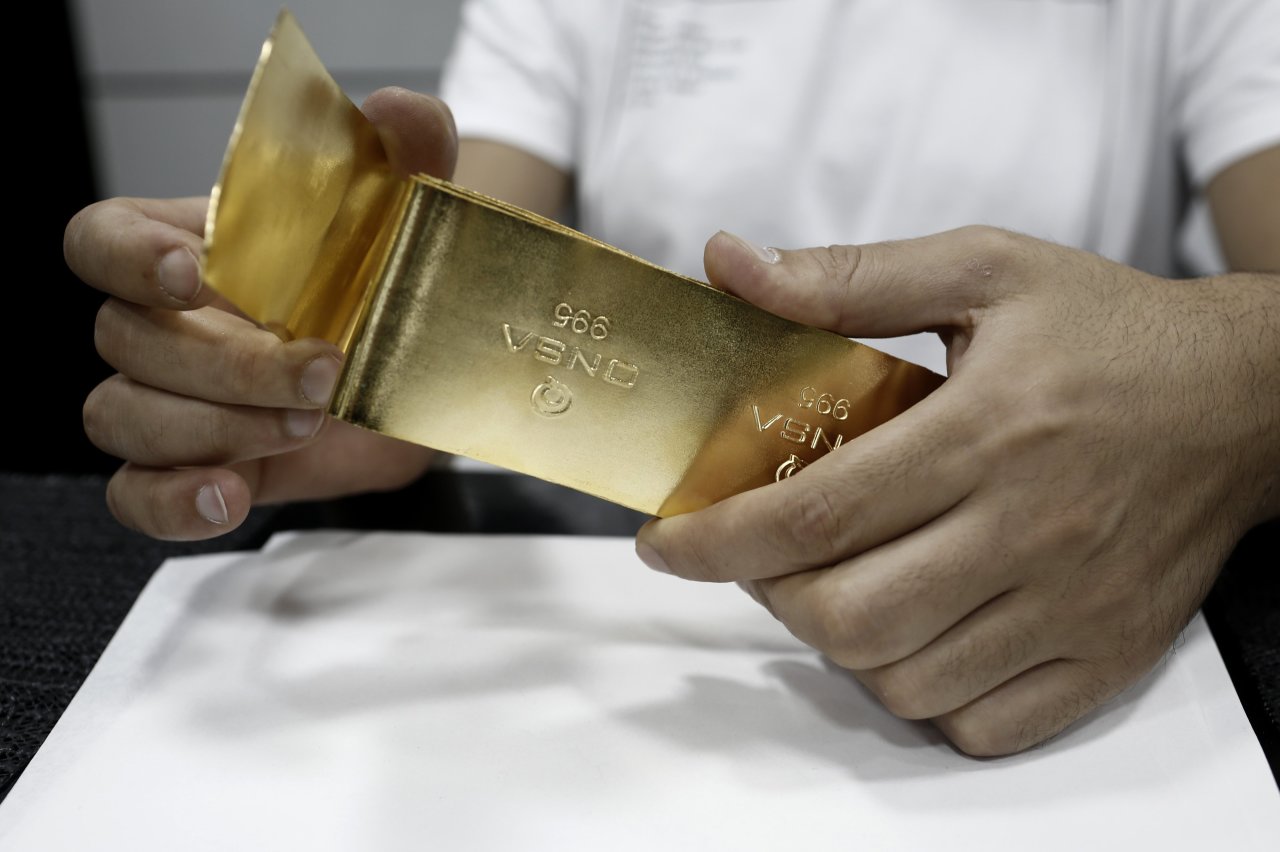 An employee handles a length of gold in a gold store in Istanbul, Turkey, on Aug. 3. PHOTO:KOSTAS TSIRONIS/BLOOMBERG NEWS

The dollar pared earlier gains after the data was released. The WSJ Dollar Index, which tracks the U.S. currency against 16 others, was recently down 0.2% after rising 0.3% earlier in the session.

Division among Fed officials about when to raise rates amid sluggish inflation hassupported gold prices because the precious metal typically struggles to compete with yield-bearing assets like Treasurys when rates rise.

Many investors and analysts will be closely watching Friday’s monthly jobs report for another reading on the U.S. economy.

Among base metals, copper prices stayed near three-year highs Thursday after a measure of China’s factory activity came in better than expected.

Copper for December delivery closed up 0.4% at $3.0985 a pound and like gold capped off its best month since January with another day of gains. The industrial metal has surged to its highest levels since October 2014 in recent weeks, with confidence in the global economy supporting prices.

On Thursday, China’s manufacturing purchasing managers’ index came in ahead of economists’ median forecast, the latest sign of strength from the world’s largest metals consumer. China accounts for nearly half of the world’s copper consumption.

“Most people were thinking the Chinese economy would slow down during the second half of the year. That narrative is now changing,” said Edward Meir, an analyst at INTL FCStone.