Finding a leaner, meaner recipe for growth at food giant Nestlé NSRGY -0.70% could take longer than investors like New York activist Dan Loeb seem to think. It may be wise to brace for disappointment.

The “Nestlé model” used to involve generating organic sales growth in a loosely targeted 5% to 6% range by selling a diverse portfolio of food brands in just about every country in the world. For years the model worked wonders, helped by the emerging-markets boom. Growth exceeded 6% for most of the period from 2005 through 2011, and margins climbed with sales.

But by 2016 growth had slowed to just 3.2%, and has been more sluggish again this year. Even this overstates the company’s health, because “organic” growth strips out the effect of currency movements while including that of price increases introduced to offset devaluations in Brazil and Argentina. With growth only matching cost inflation, the operating margin has also stalled at 15.8%.

Easing inflation has been one reason for Nestlé’s slowdown, but more worrisome is the competitive trend. In developed markets, consumer products companies are increasingly caught between disruptive, digitally marketed brands at the high end—Nestlé’s Purina brand has lost dog-food share to Blue Buffalo in the U.S., for example—and supermarkets’ private-label products at the low end.

Throughout August, The Wall Street Journal’s Heard on the Street writersplan to highlight securities that they see as under- or overvalued.

So far, investors have been happy to shrug off these problems. Nestlé’s shares trade at 22 times forward earnings, close to their highest level since the dot-com era. Consumer staples are still considered a low-risk investment, with a bondlike income profile. And investors are also excited about the potential for cost savings. This was the stated rationale for Mr. Loeb’s $3.5 billion investment at Third Point in June, for example.

At Kraft Foods, then at Heinz, Brazilian private-equity house 3G, together with Warren Buffett, pioneered a new approach to the U.S. packaged food sector that involved radically trimming fat. Faced with the threat of a Kraft-Heinz takeover, U.K. consumer groupUnilever announced an aggressive new 20% margin target in April. Judging by this year’s share-price rally, hopes are high that Nestlé’s new Chief Executive Mark Schneider will announce a similar shake-up at his first “investor seminar” next month.

These hopes seem ripe for disappointment. Mr. Schneider has stressed the need to balance cost savings with investment in new products. He has already committed to achieving “mid-single-digit” growth by 2020; pursuing a punchy margin target at the same time would leave little room to maneuver such a large company, particularly following weak second-quarter numbers. Mr. Loeb’s 1.29% stake is hardly a game-changer; activists with a record of influencing European companies, such as Cevian Capital and Elliott Management, typically build stakes of at least 5%. 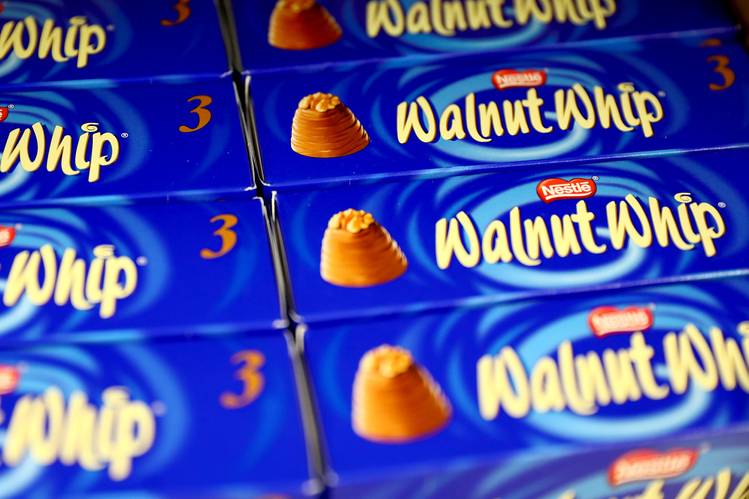 Boxes of Walnut Whip confectionery are displayed for sale at a store in London, Britain Aug. 16. PHOTO: REUTERS

Nestlé’s stock trades at a premium to Unilever’s, even though prospects for earnings growth look better at Unilever. Mr. Schneider has been doing his best to damp expectations; his latest results commentary was notably downbeat. If he does unveil a big package of reforms the stock could jump. But investors are probably better off preparing for another dose of reality.

Write to Stephen Wilmot at stephen.wilmot@wsj.com